Airports will always be a place of comfort for me. I know, I know… Our airport here in Manila is not the one you’ll exactly call comfortable – but the impending sense of going away is always a welcome feeling, and I can disregard all others. Especially, after I get through the boarding gate.

A year ago I bought not necessarily the cheapest flight, but relatively affordable ticket to Batanes – the northernmost island in the Philippines. I had to wait for a year before I can go… and I chose to go on my birthday week. It was the first time I am not spending my birthday with family and friends, not to mention alone, and I am kind of excited. I was breaking the quarter age, and I was getting a bit emotional when the trip was upcoming.

Just look at this amazing sea of clouds

They say, the northernmost islands are only two hours away from Taiwan. But why isn’t there a flight from Batanes to Taiwan… Hmmmmm. I wonder. Batanes is where the Pacific meets the West Philippine Sea, and is also where most typhoons from the northeast come first. It is known to be beautiful and picturesque – and I was about to find if her secrets are true.

It was a nice plane ride from Manila. It was drizzling when the plane took off, myself a bit afraid that a typhoon might come. True enough on our third day, there was light rain – a typhoon passed by real quick. The place I was gonna stay at is just five minutes away from the airport. Marfel’s Lodge, one of the well-known homestays owned by a sweet lady affectionately called Ate Fe by locals, was my home for almost a week in this island. The place is simple, but it is enough.

The vernacular for thank you – Dios Mamajes always greets you when you go out of the house.

The nice guys at Marfel also assisted me to book a tour. I preferred to do the tour even though I just came from work. We went to the north of the island, aptly called North Batan, to sample ourselves with the wonders of both god- and man-made sights on the islands. At Day 1 we were spoiled by rolling hills, stone churches, and endless horizons. What an appropriate way to start a vacation!

PAG-ASA Weather Station – One of the places that I was particularly interested at (read: geeking at) was the weather station. There was a mainframe in their satellite office, and we can see that burgeoning typhoon from the northeast. Happy to know that PAG-ASA is not just guessing weather forecasts.

Dipnaysupuan Japanese Tunnel – They said that the Japanese used these tunnels as their base back in World War 2, but the people (rather, men) of Batanes made it. The place was very very very very creepy.

Valugan Beach – thousands and thousands and maybe even millions of boulders that are spat from the nearby volcano Mt. Iraya thousands of years ago can be found here. You can’t swim here, oh no you can’t. Unless you brought a suicide note and wanted your own concussion. But the view, ah let me tell you about what I saw. The weathered rocks on the beach was peaceful to look at. I could stay here for a day with a book or a drink and just watch the sun rise and set. This also happens to be one of my favorite places in Batanes.

Vayang Rolling Hills – the island is never lacking of spreads of greenery and grazing cattle. Your view is almost always assaulted by rolling hills, in tandem with the sea of salt and sea of clouds. This particular bit in North Batan is overlooking to the entropy of the West Philippine Sea and the Pacific. Yet again, peace is also not lacking in this part of the country. I could stay here for a month, I thought.

It was indeed a tiring day. By sun down, we decided to cool down on the nearby beach and try to take in all what we’ve seen today. God, the Philippines is beautiful. Or can be beautiful. After dinner, I couldn’t possibly have wanted a bed to lie down ever before but I wanted to dream about the sights I’ve seen and the air that breezed through me. There is no greater feeling than this, I told myself.

Then I realized, I have five more days in the island. Hmmmm what to do?

He drinks coffee day in, day out. Iced Americano is his poison of choice, anytime anywhere.

He works in digital advertising but this blog is not about his job. Jonver overshares about his travels, boy dreams, and existentiality on his little space in the world wide web. He finds drunk tweeting amusing - all the more because he's funnier that way.

He likes to believe that his name is so unique he feels confident to ask you to search his name instead of giving his social media handles.

Latest posts by Jonver (see all)

Tell me what you think! Cancel reply

This site uses Akismet to reduce spam. Learn how your comment data is processed.

Scroll sideways to see your carbon footprint and how to be carbon-neutral!

This blog is now accepting sponsors and ad placements. 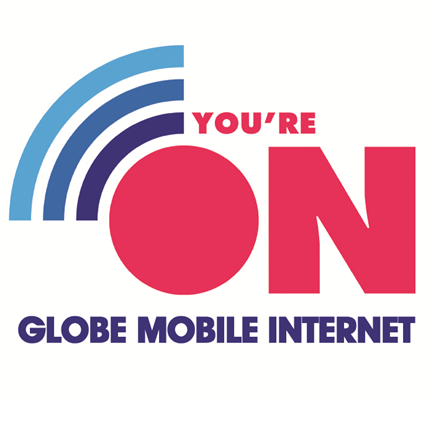 * All photos by Jonver David, unless otherwise noted.

* Opinions expressed in this blog do not necessarily reflect those of organizations and/or clients affiliated with the author.

* Jonver, The Blog is licensed under a Creative Commons Attribution-NoDerivs 3.0 Unported License. Based on a work at blog.jonverdavid.com.